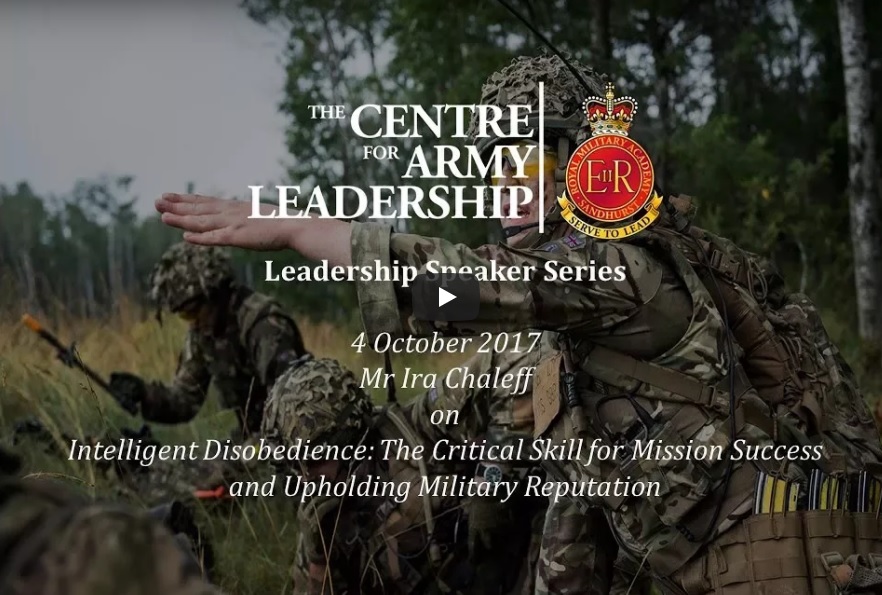 Intelligent Disobedience by Ira Chaleff at the Centre for Army Leadership

Mr Ira Chaleff is one of the leading thinkers on followership. In this video he talks about intelligent disobedience: The critical skill for mission success and upholding military reputation. He explains why followers must be allowed to speak up to their leader and how a leader creates an environment where they allow followers to be disobedient if its the right thing to do. He discusses when to be intelligently disobedient, how to avoid doing it unintelligently, and gives a check list for followers to follow when they think they need to intervene.

The video can be used as a good group session for all ranks. For junior soldiers – What is followership? When is it acceptable to disobey your leader? For leaders – should you encourage these behaviours, why and how? The focussed questions at the bottom will allow you to delve deeper into the issues in the video.

For further questions, and useful resources, read The Intelligently Disobedient Soldier published by the Centre for Army Leadership here, The Army Leader’s article on speaking truth to power here and an article by the Wavell Room here.

Join over 7,500 subscribers
Improve My Leadership!