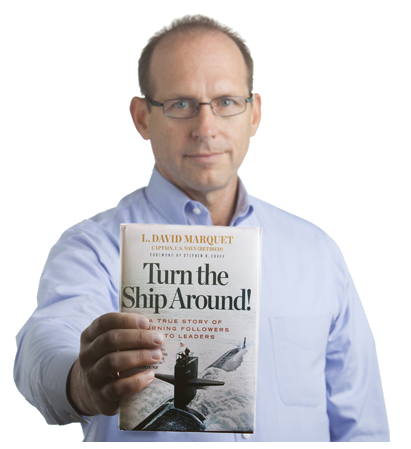 Hear (but don’t see) David Marquet, former submarine Captain and author of ‘Turn the Ship Around‘ explain how he used mission command and genuine empowerment (he calls it ‘intent based leadership’) to turn around the way his submarine worked.

David was posted to a submarine of a different type to the one he knew how to run. So he had to let his subordinates make all the decisions – every one apart the release of weapons. In this talk you can even pick out some of the Army Leadership Code: encourage people to think and strive to create team goals through use of intent (or vision).

We have a view that the leader has to make decisions, have the best ideas, be everywhere and be in charge. David suggests the opposite.

Join over 5,000 subscribers
Improve My Leadership!