If you’re a father, then Father’s Day is a great day. Depending on the age of your children, there’s half a chance you’ll get a lie in, you’ll probably get taken out for a meal somewhere and with any luck your children will at least attempt to pay you some attention.

But it’s also a great opportunity to connect with your children, to tell them about what you do and to pass on some of your fatherly wisdom. Perhaps you do those things all year. But a soldier’s career takes them away a lot; even more so if you are in a position of responsibility. So if you don’t get to do those things, or if you feel you don’t, it’s a great opportunity. I’m a father and I’m looking forward to the day.

Leadership is one of those skills that is increasingly valued in the workplace. It is also based on behaviours and attitudes that are best taught young. But the behaviours of an effective leader (and an effective follower, for that matter) are better taught by example than in school or lessons. That example can be yours, or it can be someone else’s, told through a story; children and adults learn and connect through narratives that teach us underlying messages.

However you want to teach them, here are five leadership lessons for children for you to think about this Father’s Day.

1. Being in charge is about responsibility, not power

If you’ve watched a group of children play, you’ll see some children naturally take charge. They want to be the boss. And they want to be the boss because, when you’re a child, being the boss is about having power over people and things. One of the best lessons you can teach about leadership is the difficult lesson of servant leadership; that being the leader is about serving your followers and serving a greater purpose or mission.

Children begin to develop empathy around the age of five. Its also around the same period they begin to recognise power. If you put a small child in a position of authority before they have developed empathy you’ll find they use the power to act in their own interest. They look after themselves and their friends first.

Sometimes learning about responsibility is a difficult lesson for children. The greatest leaders they know are their parents, and there are similarities between parenting and leading. But what your children see you as, from a young age, is a boss who tells them what to do. Unintentionally, we tend to role model autocratic leadership.

Although, if you’ve ever tried to reason with a four year-old you know why you have to be an autocrat. This means the important lesson, that leadership is about taking responsibility for outcomes and followers, is often lost on children. You can do your child a great favour by teaching them that being in charge is about taking responsibility, not about telling people what to do.

2. Listening to others’ ideas and suggestions is not a challenge to your ego

As strange as it sounds, great leaders gain authority by giving it away. Vice Admiral James Stockdale, 1987.

To children (and to some adults) leadership is a precarious position. You’re a leader because you know what to do and can do things better than others. In the small world of children, when you accept that someone else’s idea is better than yours you give up some of your authority. If their ideas are better than yours, surely everyone will soon start following them instead of you?

In the real world, listening to others’ ideas and concerns is a key part of building a culture of psychological safety (read more about psychological safety here and here). So we want leaders who can coax ideas from their followers, listen to them and then choose the best courses of action without closing them down. Help your children understand that, if the job of a leader is to serve their people and serve the purpose of the group, then they need to use everyone’s input. This means listening to others without treating them like a threat to your position.

3. People will only respect a leader who respects others

Good manners and respect for others are, hopefully, things you are already teaching your children. It starts the first time your child pokes another kid in the eye so they can get their hands on the toy they want. But respecting others is an important leadership behaviour. People only willingly follow a leader who shows them respect. Without respect a leader becomes a petty tyrant… pretty much like most toddlers.

Teach them that leaders don’t leap on others when they fail – because they will fail one day too. Remind them that being respectful isn’t about accepting low standards but it is about ensuring the team feel valued, included and able to contribute their best. And direspectful leaders create a culture when the team disrespect each other.

The best way to teach this is by role modelling respectful behaviour and demonstrating that you value it when they display it.

4. Success as a leader – and in everything in life – is about grit and determination

Continuous effort – not strength and intelligence – is the key to unlocking our potential. Winston Churchill

If your children follow the rest of this advice, they’ll realise that being a leader isn’t easy. Things will go wrong, they will make mistakes and they will have to take responsibility for them. So you’ll need to teach them to get through the tough times and grow because of them.

I recently listened to Lord Billamoria, chairman of Cobra Beer, speak on leadership. He said that ‘the first lesson an entrepreneur needs to learn is to never give up. The second is to understand when to give up. But of the two, the first is the most important.’ Grit, determination and a growth mindset, one that frames problems as learning opportunities, have been shown to be indicators of success in many fields. The theory of growth mindset is taught to junior leaders at West Point and Sandhurst.

You can read more about growth mindset here. But if you want to teach your child about it I cannot recommend more highly the book ‘You Are Awesome. Find Your Confidence and Dare to be Brilliant at (Almost) Everything’ by the brilliant Matthew Syed.

Aimed at eight to thirteen year-olds, it uses examples of real-life success stories to explain how to deal with the hurdles that get in your way. It’s a perfect way to teach children about growth, practise and the determination to succeed. If you enjoyed Syed’s other books, Black Box Thinking and Bounce, you’ll love it even more than your children will.

5. Leaders are judged on their actions, not their words.

A friend of mine’s father always told him ‘Don’t tell people how good you are. Let your performance on the field show them’. Kids like to talk the talk but every parent knows they often fail to follow though. Teaching them that action matters is important in every part of life. It is even more important in leadership.

Lead by example. Be a role model. In the Army we know how important these behaviours are. But to children, tomorrow might as well be a million years away. The cost of promising something in the future can seem cheap. The price of not following through can be low.

Its only around the age of five that children develop what’s known as ‘episodic memory’, which means they can remember past events and then imagine how those events might happen again in the future. It’s an important ability when it comes to respecting others, taking responsibility and considering the impact of their actions.

So its around this age that you can start to teach your child that actions are more important than words. Demonstrate to them that they will be rewarded (and respected) for their actions, not just what they say. Teach them that words need be delivered on.

How do you teach these lessons? Children learn about socially acceptable behaviour by watching what others do, seeing what gets rewarded and copying those behaviours. As a result of this, successful role models are important in teaching good leadership behaviour. The most important way to teach your children these things is by role modeling the behaviors yourself. As a parent, you’re the greatest role model your children have. But these leadership lessons for your children can be reinforced using other role models too. Books, stories and films have narratives that allow children to talk about – and play out – concepts like leadership, power and authority.

For children aged seven to eleven, there are four books I’d recommend. They are full of stories and role models that support the leadership themes above – and many more. All of them are perfect for military fathers to read to their children, to teach them lessons about leadership and life in general.

Goodnight Stories for Rebel Girls and Goodnight Stories for Rebel Girls 2 are multi-award-winning books. They are packed full of inspiring stories of successful women who have succeeded against the odds. They are for children from seven upwards. If you want to find some female role models who can teach some great leadership lessons then you’ll find them in here. They’re as suitable for boys are they are for girls.

The Good Guys: 50 Heroes Who Changed the World with Kindness promises to be in the same mould but for boys: inspiring male role models for boys and girls from a wide background, including stories of extraordinary men such as David Attenborough, Nelson Mandela, Oskar Schindler and Usain Bolt. Another option is Stories for Boys who Dare to be Different, which role models such as Mohammed Ali, Louis Braille, Lionel Messi, King George VI and Roald Dahl.

What ever you decide to do, whether you are a father, mother, son or daughter, we hope you have a great day

Get off Their Backs! A JNCO’s Guide to Avoiding Micromanagement
2021-02-22 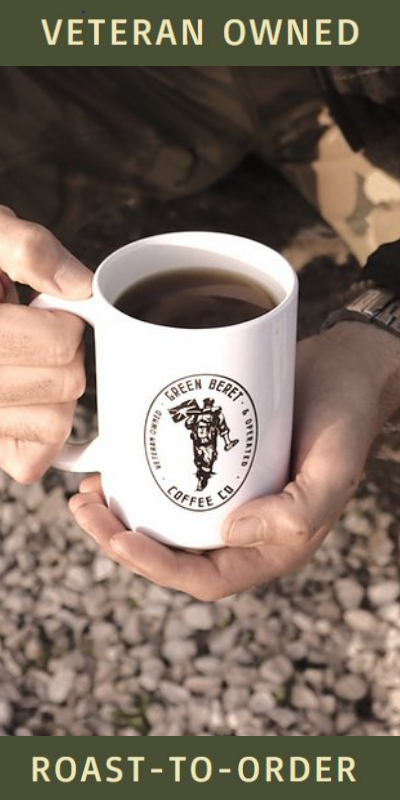